Certitude and Its Discontents*

It was a year ago.  The worship service was ending, benediction pronounced.  The postlude begun and I greeted the first in line.  He refused my hand and pounced verbally.  It took a few seconds to register — his anger, his scolding, his need to correct, transcended any niceties.  With forefinger raised and a frozen glare, he let me know that I was wrong.  He was certain of it!

I was new to the congregation, an interim pastor, still learning the good folks in the pews and the culture of the congregation.  What was my mistake?  I spoke positively of Senator John McCain.  It was, after all, Sunday August 26th, 2018, the day after McCain’s death.  My mention of the senator was brief: “Think of the ways Senator McCain demonstrated the heart of greatness through service!” I offered, “In one of his last public addresses Senator McCain spoke of “serving something more important than myself, of being a bit player in the extraordinary story of America.”(1)

That was it, nothing more.  The Biblical texts for the day were from Ephesians 6 and John 6 focusing on the Spirit that gives life.(2)  I also quoted Bob Greenleaf who wrote of Servant Leadership and suggested “weak leaders expect to be served – strong leaders serve.”(3)

Greeting the preacher following  worship is a well practiced ritual.  Over the decades I have exchanged pleasantries with tens of thousands.  Occasionally I am faced by persons who disagree with the sermon.  Never, however, have I been approached with such vitriol.  Yes, folks sometimes offered correction.  There were occasional sanctions about a mispronunciation, a typo in the bulletin, or error in scripture citation.  I once misspoke and named the traveling companion of Paul “Bartholomew,” rather than “Barnabas.”  And one Sunday in a university town, a distinguished professor made certain that I should speak of the American University “AT” Beirut and not “IN” Beirut.  Such corrections are needed and appreciated.  There have been people who disagreed and a few who have walked out as I preached.  But this?  This was different.

Most often words of gratitude are shared at the door, or information is passed about someone who is visiting, the birth of a child or one in hospital.  Sometimes the words spoken are humorous — whether intended or not.  I recall the time a woman took my hand and with great sincerity said, “Every sermon you preach is better than the next.”  She smiled and moved out the door, unaware that her intended compliment had an opposite meaning to what was intended.  At least I hope so.

The critique of my mention of John McCain continued with increasing vigor for several minutes in the front of the chancel.  A line of well-wishers waited patiently behind him.  Then it shortened to a few, then vanished.  As I remember it now, he insisted, Senator McCain was not a person of honor; rather, he informed me McCain was “a self-centered narcissist, who always sought the limelight.  He was a rebel and was not dependable in his voting record.”  It was only my third Sunday in that pulpit.  I thought a mention of McCain was appropriate.  And, after all, San Diego is a Navy town.  Whatever else one might think, McCain was a U.S. Navy pilot who had spent 5 1/2 years in a Vietnamese prison.  Surely, this would help illustrate the sermon’s intent. 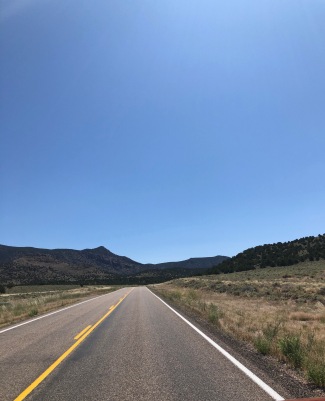 Aware that there was no way to end the conversation on that day and stunned to hear such a rant about one who had so recently died, and for whom I had great respect, I simply said, “Well, it appears we disagree.”  The man said, “We certainly do!  And, you are certainly wrong!”  As he turned my words trailed behind, “Let’s find time to talk.” We never did.

That Sunday a year ago, I had unintentionally strayed across an ideological yellow line.(4)  I had touched a third rail.  As the fella left, the word “certainly” hung in the air.  “Certainly, certainly…”  There it was.  Life was to be a one way journey along a path of certainty.  No preacher should disturb the binary ideological categories.  The Religious Right was apparently now the province of the Alt-Right.  I learned later that this man’s pattern of accosting the preacher was not new.  He had been practiced on others.

As popular author Ann Lamott has written: The opposite of faith is not doubt: It is certainty. It is madness. You can tell you have created God in your own image when it turns out that he or she hates all the same people you do. (5)  Or, as Søren Kierkegaard posited, it is only when objective certitude fails that belief becomes possible.

I believe John McCain was a fine man, a remarkable man.  He had flaws as we all do.  Yet, he displayed a fierce ability to consider an other’s point of view.  I recall his taking the microphone from the woman who said “Obama is a Muslim” in the 2008 Presidential campaign.  He indicated that she was mistaken and that while he disagreed with then candidate Obama, McCain said he believed the future president was a decent man. It was a display of courage, of humility, of faith that no doubt hurt him among some in that election.

Our nation seems caught up in a time when the action of listening and disagreeing seem unlikely.  We have chosen up sides and divided up the future into competing realities.  And what of my need for certitude?  What of my hunger for agency?  What of my fears and misplaced allegiances?  We live in a season when fear trips up humility, when chaos clouds the pathways of hope, when dichotomous thinking pushes us into corners that blind us to cooperation.  It was Parker Palmer, drawing on the work of Thomas Merton, who in his small volume, The Promise of Paradox, written now forty years ago, wrote that our hope rested in learning to live within and even celebrate the contradictions that confront us.

One place we can all begin, at least those of us who are observant, is after attending future worship services and hearing a word of faith is wait in line and thank the one who speaks with courage.  Let her know of your support.  Let him know of your prayers.  Let all those who speak difficult words of Gospel in these days, know you stand with them.  You see, it is not easy, this work of proclamation.   There seem to be so many places where a hunger for certainty blinds the ways of faith and where ideological or partisan commitments place a silencer on the Christian message.  And, if you disagree with the preacher, let her or him know.  But do it this way — invite them to lunch — converse, listen, and you pay!

* This is the first of several occasional posts that will reflect on actual pastoral experiences.

4 thoughts on “Certitude and Its Discontents”