The presidential primaries of 2016 are an embarrassment — to our nation, to thoughtful public discourse and, perhaps most tragically, to the witness of people of faith.  This trend has been underway for quite some time.  In an earlier post, I wrote of “Christian identity theft.”

Today is the so-called Super Tuesday, March 1, 2016.  Primary elections are being held in twelve states with hundreds of delegates in play for both political parties.

Over and again it is reported that the Evangelicals are a crucial and determining voting block.  The New York Times this morning says that “Donald Trump’s success with evangelicals is expected to help him dominate” in several of these elections.  REALLY?

The vileness and ugliness of this primary, especially on the Republican side, is so full of meanness and junior high potty mouth jokes as to make mud-wrestling look like a noble enterprise.  But most troubling for me is the use of that word “Evangelical.”

Sadly, this primary has proven to be a DNA test, or an x-ray image, showing the actual make-up and inner organs of many who claim to be Evangelicals.  Really?  Donald Trump represents the best hope for the future among people of faith, the desire to have a God-fearing nation?  Really?  Or, the juvenile, divisive and snarky comments of Mr. Rubio or Mr. Cruz — are these the marks of an “Evangelical?”  Thank God, there are Mr. Kasich and Carson who represent something better; but they seem to have little appeal to those who call themselves “Evangelicals.” 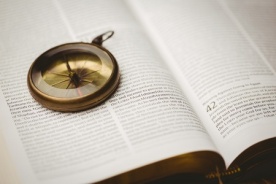 For Evangelicals the whole of Scriptures was 0nce the guide

Evangelical at one time spoke of a person who believed the good news of God’s love for the world, each one and all.  An Evangelical once was a person who sought to follow Christian scripture, especially the major themes.  Today it has been distilled down to a test on two or three current cultural issues, abortion and gay marriage mostly.

The x-ray machine which is the 2016 Republican Primary, shows that the core of the Biblical story is either ignored or little understood by this group, who claim the name Evangelical. Things like the care of God’s creation, the welcoming of strangers and refugees, sharing with the poor or living a life of service have dropped out of the body.  These organs critical for life have disappeared.  In its place, Mr. Trump and others have substituted fear, racism, xenophobia, distrust and envy.  Good news has become bad news.  This look inside those who call themselves Evangelicals suggests a perhaps incurable soul sickness, a brokenness.  I fear it is a sickness unto death.

Evangelical has been a word of richness and diversity.  Many won’t understand, but Hillary Clinton, as a United Methodist, stands as much (or more) in the classical definition of Evangelicalism as do any of the Republican candidates.  As a United Methodist her heritage links her to the work of John Wesley and Martin Luther.  While both were men of their age — I think it is clear that neither would recognize what has been going on in these primaries as in any way “Evangelical” in its basic theological DNA structure. 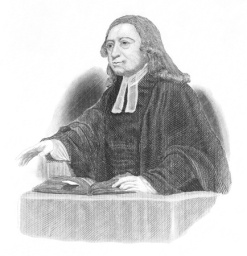 Having served as president of a school called “Garrett-Evangelical” I have sought to understand this word and place it in its historical and proper theological context.  The categorization that has been done in recent decades has resulted in a division that seems to allow no breadth of understanding.  I consider myself a “progressive-evangelical,” a place to stand that is, I believe, consistent with Luther or Wesley in their day or millions of Christians outside the U.S. today.

It is tragic that the word has been turned inside out, upside down and backwards in contemporary American thought.  Too long the word has been defined by Fox News and talk radio — too long certain preachers have used the word to divide rather than to heal.  Too long, well meaning pastors and bishops have remained quiet, allowed others to commit identity theft.  Too long, well meaning pastors have said, “It is in God’s hands, you don’t have to worry, it will all work out.” Perhaps it is their own fear that prevents them from speaking against the ugliness of this mean-spirited time.  And now, not surprisingly, “we have sown the wind and are reaping a whirlwind.”

Of course, all of this didn’t happen over night.  In his excellent column, The Governing Cancer of Our Time, David Brooks speaks of the distance we have traveled from our political and civic heritage and speaks of our current situation as “anti-politics” (Brooks, Governing Cancer).

In this column, Brooks notes that politics as a constructive art is in retreat and authoritarianism is on the rise world wide.  What might the church say in such a situation?  Where might Evangelicals seeking to be true to the deeper and richer meaning of the tradition find a constructive voice?  Stay tuned — more to follow.